During this Hack Week, some of our team members invested quite some time working in YaST related projects. But, what's even better, some people from outside the team worked also in YaST projects.

During this Hack Week, some of our team members invested quite some time working in YaST related projects. But, what’s even better, some people from outside the team worked also in YaST projects. Thank you guys!

So let’s summarize those projects and also some extra ones from our team members.

Let’s Encrypt made easy in openSUSE

Daniel Molkentin enjoyed his first Hack Week working together with Klaas Freitag to bring Let’s Encrypt integration to openSUSE. Although they didn’t had experience with YaST development, they followed the YaST tutorial and created a new brand yast-acme module. It’s still a work in progress, but it looks promising.

You can get more details reading the Daniel Molkentin’s blog post about the project.

Goldwyn Rodrigues worked to remove the dependency of yast-apparmor on (now obsolete) perl-apparmor. There’s quite some work to do, but he’s heading in the right direction.

Find out more about the project in the Hack Week page and in Goldwyn’s fork.

Steffen Winterfeldt was working in gfxboot2, an attempt to provide a graphical user interface for grub2. Although it’s still a work in progress, it looks really good: module works for grub2-legacy and grub2-efi, basic font rendering is in place, language primitives are partly implemented, the integrated debugger already works… 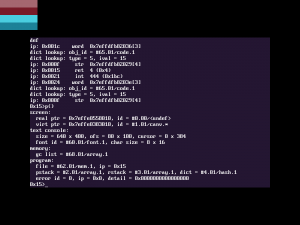 You can find further information in the projects page.

The YaST team is always trying to improve their testing tools so Ladislav Slezák has been working in a proof of concept to use Cucumber to run YaST integration tests and the results are pretty impressive. The prototype is able to test YaST in an installed system, during installation and it can be used even for plain libyui applications outside YaST.

Check out the details at project’s page and at Ladislav’s blog.

If you follow YaST development, you know that the team is making good progress towards replacing the old libstorage. And even during Hack Week, libstorage-ng got some love from our hackers.

Iván López invested his first Hack Week improving yast2-storage-ng. Read this description to find out more information about the changes.

And last but not least, apart from helping Iván with his project, Ancor González worked in a new approach for yast2-storage-ng: instead of just extending the API offered by libstorage-ng, the idea is to wrap the library so the Ruby code using yast2-storage-ng does not have direct visibility on the libstorage-ng classes and methods.

Josef Reidinger is trying to reduce the amount of code in other languages different than Ruby. He successfully replaced the binary y2base with a Ruby version (not merged yet) and reduced the amount of Perl code in the yast2 package.

You can check the progress in yast-ruby-bindings#191 and yast-yast2#540 pull requests.

YaST2 CM was born in 2016 as a proof of concept to somehow integrate AutoYaST with Software Configuration Management systems like Salt or Puppet.

During this Hack Week, Duncan Mac Vicar and Imobach González were working to implement support for Salt parametrizable formulas. You can find out more information in this post at Imobach’s blog.

Hack Week allows us to work in any project we want, so there’re also some non-YaST related projects that we would like to mention.

QDirStat is a Qt-based tool which offers directory statistics. His author, Stefan Hundhammer,implemented some new features (like a better behavior when hovering over a tree map or improved logging) and fixed some bugs. Find out more details in the project’s README and the version 1.3 release notes.

He also wrote an article about how to use the application in headless systems (no X server, no Xlibs).

Current version is already available at software.opensuse.org so you could consider giving it a try.

Hack Week is a great opportunity to play with new stuff. With that idea in mind, Martin Vidner learned about Android development and wrote detailed instructions for starting with that: Getting Started in Android Development: Part 1: Building the First App, Part 2: Publishing the First App and Part 3: Reducing Bloat.

Knut Anderssen decided to try also some mobile development and enjoyed playing around with the Ionic.

And that’s all! After Hack Week, we’re back to SCRUM and we’re now working sprint 32. We’ll give you additional details in our next “Highlights of YaST development” report.