The YaST team is working hard in order to extend the installer.

The YaST team is working hard in order to extend the installer, improve the new storage layer and get rid of some bugs. So after this sprint, there is quite some unfinished work that will be ready within two weeks.

However, we have some stuff that we would like you to check out:

Of course, the threshold can be adjusted by the user through the snapper configuration files.

When describing what actions will be performed for storage actions, we already collapsed related actions to one to make it better readable. Instead of:

However, actions related to BCache and MD-RAID devices were not taken into account, which produced quite long (and confusing) descriptions. Fortunately, these cases are now properly handled and the description is now quite informative and concise:

libzypp supports variable substitution in the name and the URLs of repositories and services. So a .repo file might contain something like this (notice the $releasever variable):

libzypp will take care of injecting the correct value but the user could override those values too. So in the example above, upgrading to Leap 15.1 might be as easy as:

However, YaST2 had some problems in these situations that, hopefully, have been fixed during this sprint. Now openSUSE release managers can adjust the list of online repositories in order to take advantage of such a feature. If you want to know more about variable substitution, please check libzypp documentation.

Until now, the partitioning proposal that is calculated during the installation uses all available disks by default. However, according to the feedback that we have received from our users, most people simply expect the system to be installed in just one disk. So, from now on, this initial proposal will consider each candidate disk in isolation before falling back to a multi-disk approach.

A picture is worth a thousand words, so just compare the images below to see the difference on a system which has three hard disks. 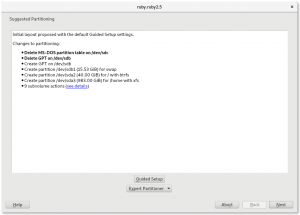 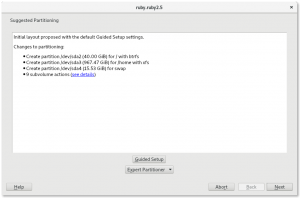 YaST has featured a log viewer for a long time which allows the user to inspect files under /var/log like messages, boot.log or even YaST logs (YaST2/y2log). However, we are already in the Systemd times and most of your system services will log relevant information to the Systemd journal.

The problem is that, as one of our users stated in a rather old bug report, having two different tools to check logs can be confusing. Of course, they are getting information from different places so we decided to keep both of them. However, now the old log viewer will show a hint when no information is found in those old-style logs. 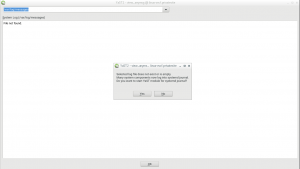 yast2-sshd Has a New Maintainer

We would like to finish this report announcing that yast2-sshd has a new maintainer outside of the YaST team. This module was dropped back in 2013 and it was shipped in openSUSE 12.3 for the last time.

However, YaST is open source and Caleb Woodbine has built fresh RPM packages after fixing a problem he found in the firewalld integration. So if you are interested in such a module, check out Caleb’s work.

Thanks a lot, Caleb!

As we mentioned at the beginning of this post, there is quite some work in progress but, sadly, you will need to wait for another two weeks to get more details.