Here we are after another Scrum sprint with our usual report about the activity in YaST development.

Here we are after another Scrum sprint with our usual report about the activity in YaST development.

YaST bootloader module got a new option, Trusted Boot (FATE#316553). It installs TrustedGRUB2 instead of the regular GRUB2. Trusted Boot means measuring the integrity of the boot process, with the help from the hardware (a TPM, Trusted Platform Module, chip).

It enables some interesting things which we unfortunately haven’t provided out of the box. We give you a bootloader which measures the boot integrity and places the results in Platform Configuration Registers (PCRs).

First you need to make sure Trusted Boot is enabled in the BIOS setup (the setting is named Security / Security Chip on Thinkpads, for example). Then you can enable the new YaST Bootloader option that will install TrustedGRUB2. 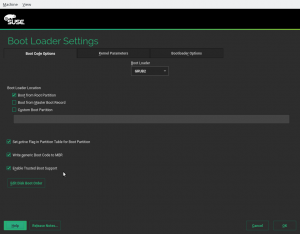 In the description of this pull request you can find a more detailed explanation including some commands and hexadecimal dumps to check the result. Geek pr0n!

When looking at any software project, it’s common to find some feature or piece of code that is there due to the so-called “historical reasons”. YaST2 code-base has been around since 1999, adapting to changes and new requirements in a (almost literally) daily basis since then. That leads to a new level of heritage – the “prehistoric reasons”. Working in the YaST Team implies coding, debugging, testing… and archaeological research.

We got a bug report about the installer “stealing” some SSH host keys (but not all of them) from previously installed systems. It was actually the effect of a little-known YaST feature that can look surprising (not to say weird) at first sight. Ten years ago, somebody decided that when installing SUSE in a networked environment, where people use SSH to log in, it was better to import SSH keys from a previously installed Linux than to get that “ssh host key changed” for everybody who tries to connect. The rational was that forcing everybody to change the ~/.ssh/known_hosts file often could become a security breach, since people could get used to ignore the security warnings. Welcome to the world of historical reasons.

Moreover, it was decided that the operation should be performed without showing any information to the users, in order to not confuse them.

More or less at the same time (we are still talking about 2006), it was decided to introduce importing of users from an existing system, this time with user interaction. The YaST developers decided that it would be fine to share some mechanisms in the implementation of both features. Another step into the historical reasons void.

Fast forward to the present. After several fate entries, bug reports and redesigns over the years, we decided to make the importing of SSH host keys more visible and usable, to make both functionalities (SSH import and users import) more independent and more clean and to take the first step to clean up the insanity introduced through the years (see fate#320873 for details).

The installer does not longer silently just import the SSH host keys from the most recent Linux installation on the disk (remember, you might have several distributions installed), it has now become a part of the installation proposal dialog: 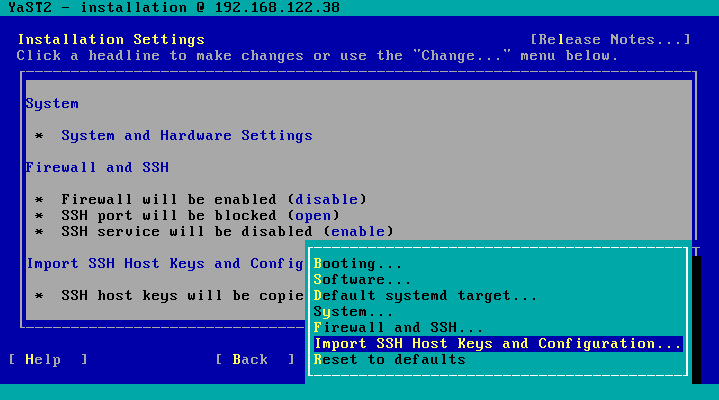 And from there you can change it: 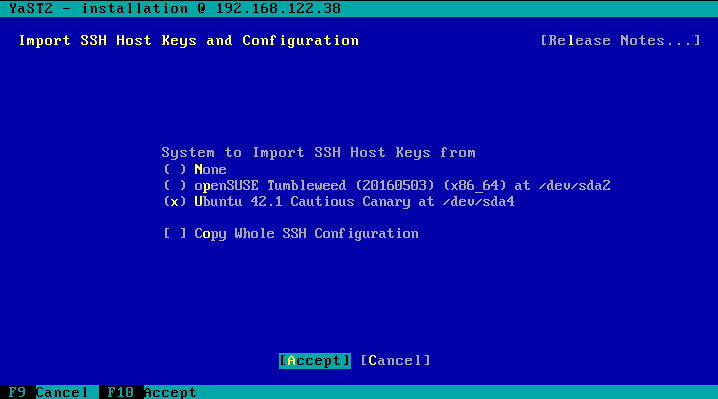 Notice that one of the options is “none”, so copying of previous keys is not longer enforced. In addition, now is also possible to import the rest of the SSH configuration in addition to the keys.

When installing from a local media, like a CD/DVD or an USB stick, those sources were still enabled after the installation. It potentially could cause problems during software installation, upgrade, migration, etc. because an old or obsolete installation source is still there. On the other hand, if the source is physically removed (for instance, ejecting the CD/DVD), zypper will complain about that source not being available.

Fortunately, this behavior will change in future SUSE/openSUSE versions. Now, at the end of the installation, YaST will check every local source disabling those whose products are available also through a remote repository (so they’re not needed at all).

Support for bonding interfaces with NPar or SR-IOV capabilities has also been improved during this sprint. Too many weird words in one sentence? Don’t worry, we actually love to explain things.

Bonding is a way to combine multiple network connections to increase the throughput and bandwidth and to provide redundancy. On the other hand, NPAR and SR-IOV are technologies that provide the capability to create multiple virtual devices from the same physical or ethernet port.

Until this sprint, YaST offered no way to know whether two interfaces with these capabilities were sharing the same physical port. As a result, users could bond them without realizing that they were not getting the desired effect in terms of redundancy.

Information about the physical port ID has been added to all the relevant dialogs for all devices supporting it, like it’s shown in the following screenshots. 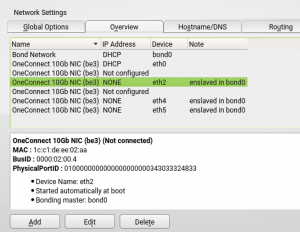 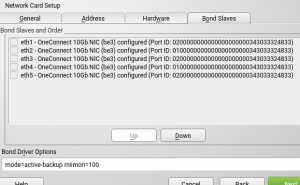 Additionally, the user will be alerted when trying to bond devices sharing the same physical port. 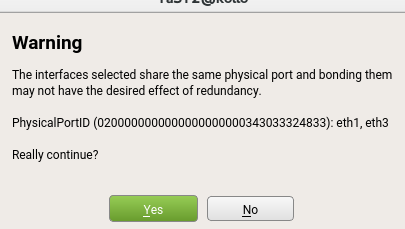 Last but not least, following the Boy Scout Rule (also known as opportunistic refactoring), we took the opportunity to fix some small quirks in YaST Network, like the counter-intuitive sorting of devices in some lists.

Paying our debts: much better cleanup rules in Snapper

Somebody said once “a promise made is a debt unpaid“. In the previous post we promised you all an article on Snapper.io detailing the new space-aware cleanup introduced in Snapper. Here you are!

Enough for a blog post. That’s of course not all we did during the last sprint (to the contrary, it’s just around 20% of the finished work according to the story points count) but, you know, we need to go back to hacking!