The wait is over: finally a new YaST team report, with news about our 45th sprint!

Our team is still focused on the development of the upcoming SUSE Linux Enterprise (SLE) 15 products family and openSUSE Leap 15, which in this sprint resulted in new dialogs to select modules and extensions, changes for the multi-product medium, and fixes for issues that have been found during our development phase. So let’s check out the most interesting things that came out of our last sprint.

SLE has a specific dialog that allows the user to select additional modules or extensions. When we first introduced this selection dialog, the extensions could have only a single dependency, which resulted in a maximum of only two levels of dependency. During this last sprint, we implemented changes to allow a chain of dependencies. You can check on the image below this new selection dialog in action:

Until now, the self-update URL depends on the product which is ship in the medium. However, as you may know, SLE 15 product family will be shipped in a multi-product installation medium. For that reason, sometimes self-update was failing as only a single product is defined in SCC.
Now we have fixed this issue by a defining self-update identifier that is used instead of a product name, which allows the self-update feature to work in a reliable way.

we announced the addition of product selection to the initial screen for LeanOS installer.

The welcome dialog is shared between different workflows like between installation and upgrading. The problem is that for upgrading we need to find the target system or root partition before selecting the product to migrate. Now it does not require any selection if there are no products to select, so it will work when upgrading. Besides that, we have polished some presentation details like the dialog title and the product selector caption.

Check out the screenshots below to see the final result: 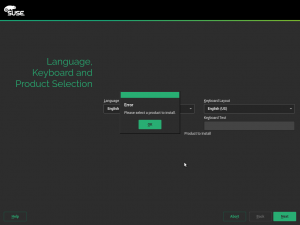 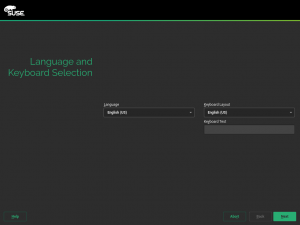 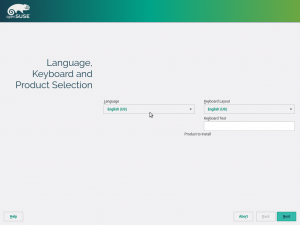 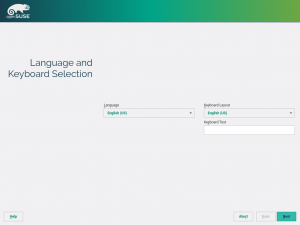 AutoYaST needs to make sure that, after rebooting into the 2nd stage (when needed), the user can access to the installation process using the same tools that he/she used during the 1st installation stage. Apart AutoYaST packages it self, it may need to install other additional tools like VNC, SSH or the X.org system.

Unfortunately, as SLE 15 is split into modules, it’s not guaranteed that the VNC, SSH or X.org packages can be installed, which resulted in AutoYaST failing when trying to install those packages.

We have improved the package handling and now YaST displays a warning that the packages are missing and the system (and later the installer) could not be accessed as expected. However, the AutoYaST installation can still proceed although you cannot watch AutoYaST running during 2nd stage. 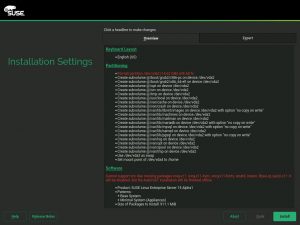 We got some bug reports about the new multi-repository media handling in YaST (mentioned in the sprint 43 report). Some of the problems were delegated to the underlying libzypp library, but we got our share of real YaST issues.

One of those problems was, for instance, the inconsistent styling of the MultiSelectionBox widget used in that dialog, which was pretty confusing. Fortunately, the issue has been fixed and now it looks the same than any standard checkbox widget. 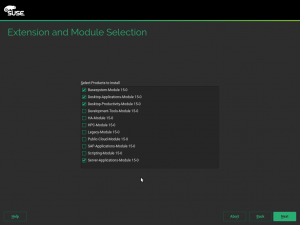 The 46th sprint has already started and has many new items planned to be developed, especially for the SLE15 and openSUSE Leap 15 installer. We are looking forward to bring these planned features to life and tell you about all the details of this sprint. Meanwhile, have fun and stay tuned!